Way before the Incas took control, there had been rather important tribes and cultures on the South American continent. Remains of the Moche and Chimu cultures of the north of Peru and their breathtaking treasures can be visited in and around the city of Trujillo. These temple complexes with their gorgeous murals give testimony to the grandeur of these ancient cultures. One of the world´s largest cities made of adobe shoes the dimensions of the Chimu culture.

Day 2: Visit the ancient city of adobe Chan-Chan. In the afternoon relax at the beaches of the Pacific Ocean.

In the morning you will head out with your private guide and vehicle to the “Huaca de la Luna” and “Huaca del Sol”. In order to construct these pyramids more tan 140 million adobe bricks needed to be made. The complex of the Moche culture (about 300 – 800 A.D.) is famous for its gorgeous murals. Mythical creatures and geometrical shapes as well as animal figures decorate the walls of the temple. After a thorough visit of the complex you will head back to Trujillo. The afternoon will be at your own disposal, feel free to take a stroll through the colonial flair of the city center. (Hotel in Trujillo)

In the morning we will pick you up at your hotel and you will head with your private guide to the ancient city of Chan-Chan. This metropolis originated with the Chimu culture around 1400 A.D. and is considered one of the largest adobe cities in the world. The delicate ornamentation of the walls has largely been preserved. After visiting the vast complex which spreads over 33 square yards you will head to the nearby beach of Huanchaco. The fishermen here still use the traditional reed boats. The small beach town offers great seafood restaurants. In the late afternoon you will head back to your Hotel. (Hotel in Trujillo) 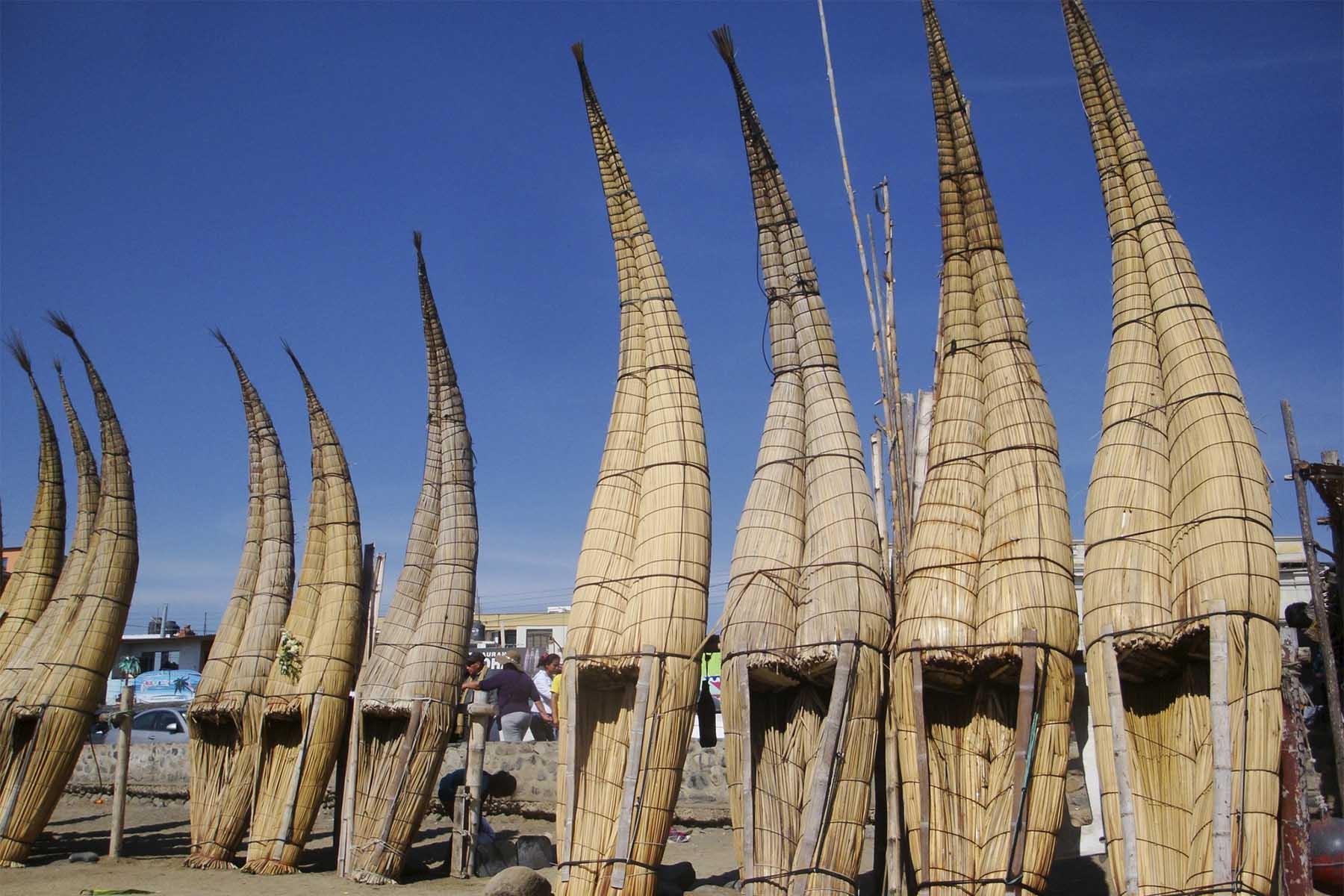